Culture is King, but is Everyone in Your Court? 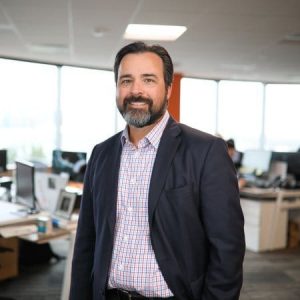 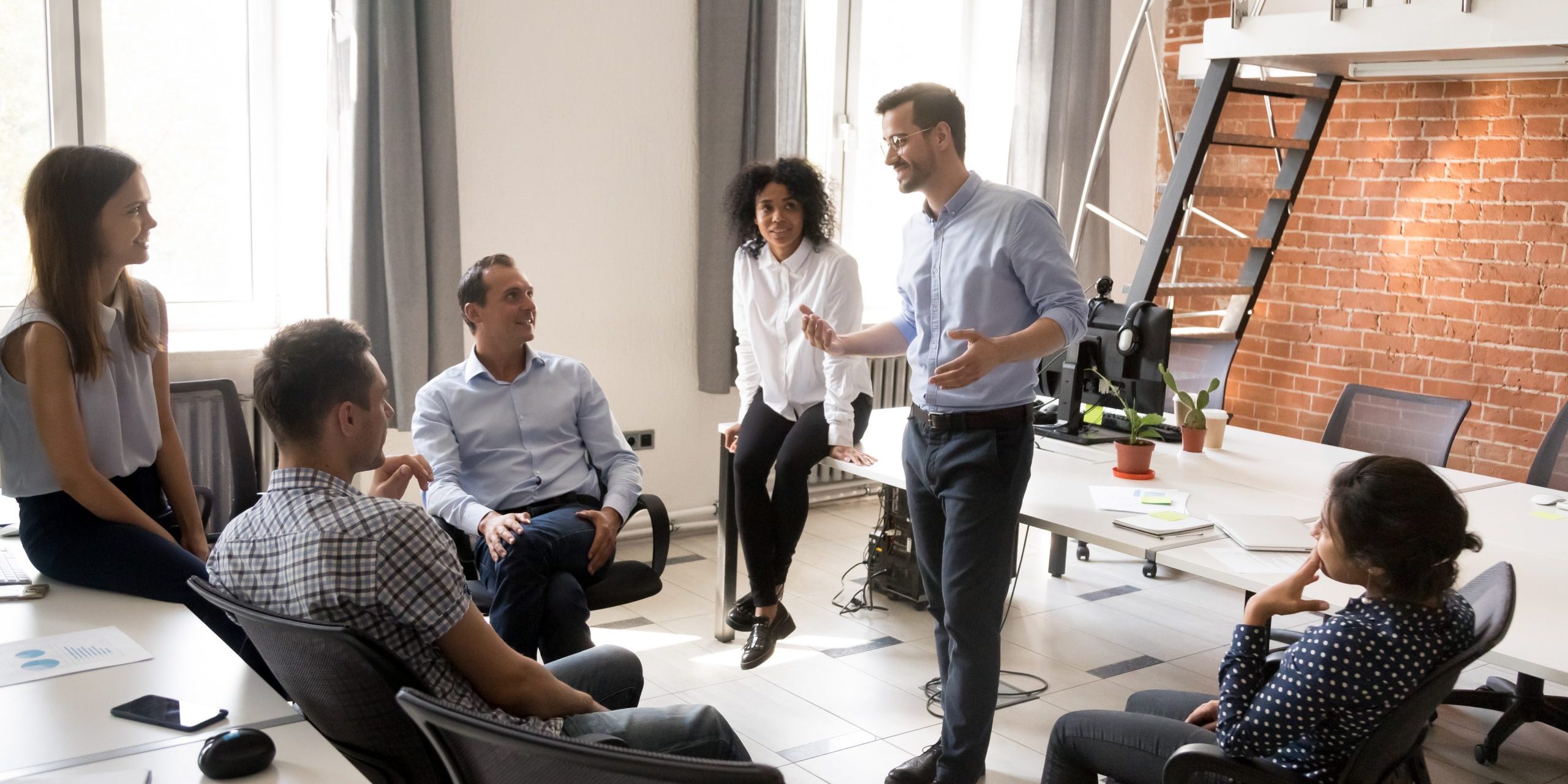 Culture is King, but is Everyone in Your Court?

That may sound flippant considering the past year or so, but the shifting dynamics that are a result of the recent socio-economic upheaval have been rather interesting. Here’s why: as employees continue to work from home and a virtual office continues to become the standard, hiring and retaining productive employees will be a challenge for companies. However, remote employees can now broaden their job search across time zones, and even countries, making it much easier to leave a position where they feel undervalued. In a study of 5,000 professionals by Glassdoor, 77% of people would consider a company’s culture before applying for a job there, and over half consider it more important than salary when it comes to job satisfaction.

Now, this isn’t to say that organizations have intentionally disregarded their corporate culture, or purposefully diminished their employees; it’s just often a side effect of the day-to-day struggles of a business. But companies require cultural integrity, as well as flexibility, in order to overcome such difficulties and maintain consistent evolution. At this point, you may be wondering if your company even has an identifiable culture, let alone one that’s struggling. That’s easy though, it does. They all do. And your corporate culture is as much a part of your identity as your brand.

Whose Idea Was All This Anyway?

In the early 1950’s, a man named Elliott Jaques, a Canadian psychoanalyst and management consultant, published a book called The Changing Culture of a Factory, which identifies several types of organizational culture and  the effect they had on business. Like most concepts, this has had many iterations and additions over the years, but it still remains extremely relevant. The categories most often referenced today are Clan, Adhocracy, Hierarchy and Market cultures.

Clan Culture is known for rebuking the traditional organizational hierarchy in favor of a horizontal structure, which results in strong, close teams who pride themselves on mentorship and knowledge sharing. Startups usually adopt a version of this culture as it’s designed to embrace change, encourage loyalty, and instill ‘going the extra mile’. However, anyone who has worked in a startup is aware of the disadvantages of this culture. As a company grows, the horizontal structure begins to weaken because the demands of growth and swift, concise decision making requires a leader. Yet, as someone rises to the challenge, their authority isn’t always welcome from the rest of the team and his/her attempts to lead is met with resistance. This is a difficult cycle that usually exhausts itself in dissolution.

Adhocracy is a clan-style culture, but with an overabundance of adrenaline and intellect that thrives on disruption and risk. It’s a culture most often found in tech startups (think the HBO show Silicon Valley – if you know, you know). Their teams are guys screaming into the storms, throwing out innovation and initiative, and riding the waves of change with utmost confidence. Internally, that breeds an environment of competition and at its best, it’s revolutionary; but at its worst, it’s dismantling.

And that isn’t even the most aggressive corporate culture. “Hold my beer…”, Market culture. We’ve all worked somewhere that micro-focused solely on targets, deadlines, and immediate results. There’s no room for flexibility, only reaching long term stability. Historically, though, it’s the environment of long-established and very successful companies. And it makes sense, because the customer and your competitors are the two elements that can make or break a company. This all comes at a price though, and that’s burnout. Over time, this can significantly impact an employee’s health and well-being, and spread across an entire team, affect productivity and damage the bottom line.

So surely there has to be something in the middle, right? Of course, the traditional corporate hierarchy. A place for everyone, and everyone in their place. Leaders at the top, managers in the middle, with the workforce filling out the foundation. For those who respond best to being tasked and given clear direction, this can be a perfect working environment. It’s often secure, with clearly defined parameters around promotions and consistent salary increases. Unfortunately, stability can easily slip into rigidity and creativity and innovation take a backseat in this culture. It’s often where we see organizations grow very fat around the middle with an abundance of VPs, which can cost a company a considerable amount of money in the long run.

For some, it’s hard to categorize themselves as just one culture, perhaps it’s a combination of one or more cultures. In any case, there are strengths and weaknesses, and it’s important to identify both of them. Are the strengths of your organization driving strategic growth? Or are the weaknesses causing your business to fall behind because your teams aren’t able to keep up in the changing marketplace? This requires a hard look at your people and understanding how they work. Once you know where you are, you can decide where you want to be, and how you’ll get there.

Great culture should provide continuous alignment to the vision, purpose, and goals of the organization.

The first step is to examine your corporate mission, vision and values. These shouldn’t pertain only to your business and customers, but the way you treat your people as well. Next, communicate this to them, ensure they understand how integral they are to the overall success of the company. Then you have to maintain this level of leadership and transparency, which is often the most difficult step. This is where goal setting comes in; one of the best and most successful means of creating and cultivating continuous alignment is through implementing OKRs.

How OKR Can Help 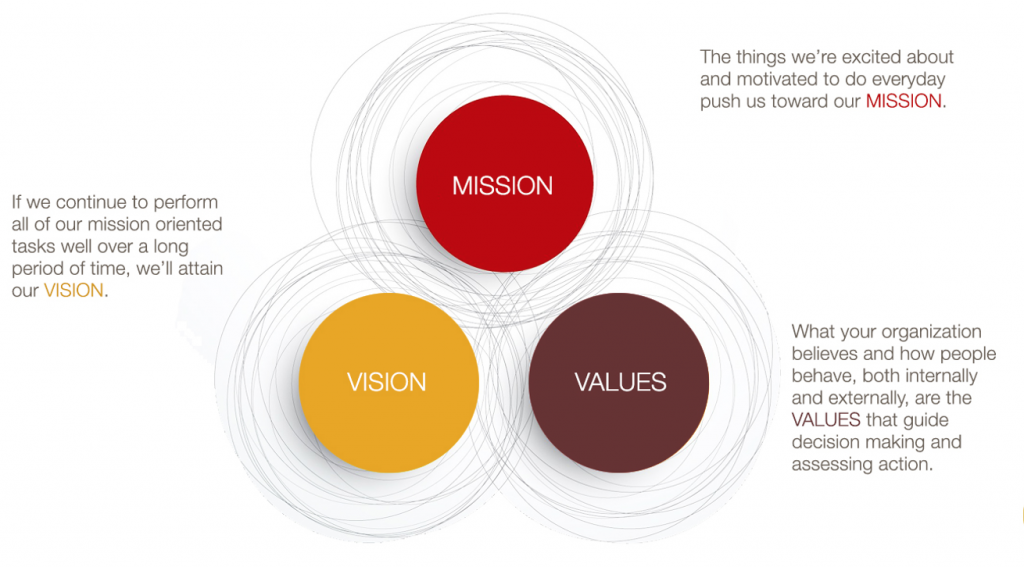 Throughout an OKR cycle, managers, departments, teams, and individuals set and track objectives against top-level corporate goals, which increases conversations about strategic growth. And these conversations lead to more engaged employees, who are in turn encouraged about their own professional development and are much more motivated to accomplish their goals, and those of the company. Three keys in the execution phase of an OKR cycle are Conversation, Feedback, and Recognition. Mastering this in team reviews and one-on-ones will create transparency, visibility, and alignment across your entire organization.

Learn more about the OKR Cycle.

There will be successes, and failures, but as a company you will celebrate the wins each quarter and learn from the missteps as you head into the next. Now is the time to make the most of this interesting time.

Download the Executive’s Guide to OKR via the button below to increase organizational alignment and accountability.

The Executive's Guide to OKR

This comprehensive OKR guide for Executives will walk you through the basic principles of OKRs, how they will benefit your organization, the steps of the OKR cycle, how-to write good Objectives and Key Results, and best practices for a successful implementation in any organization. 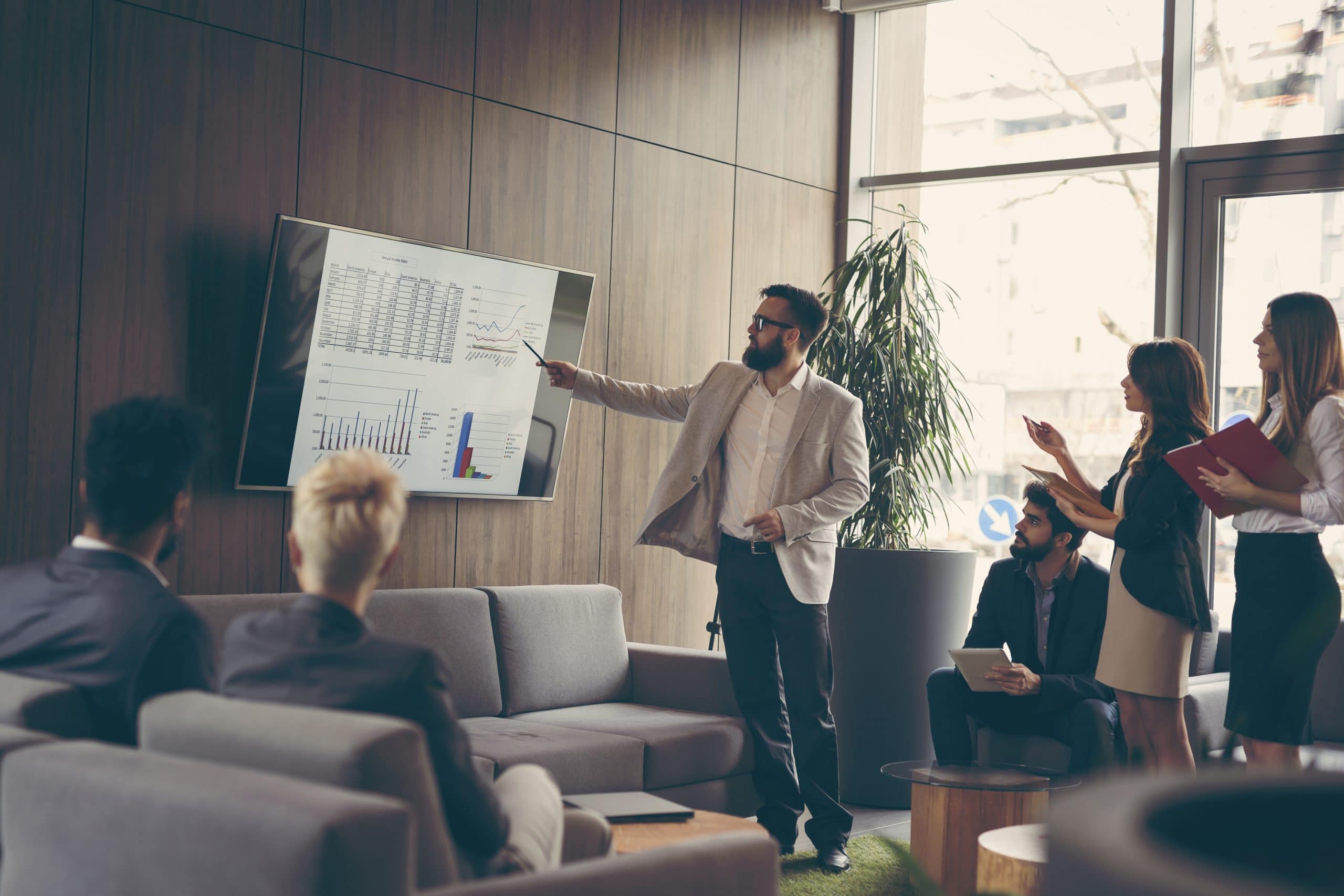 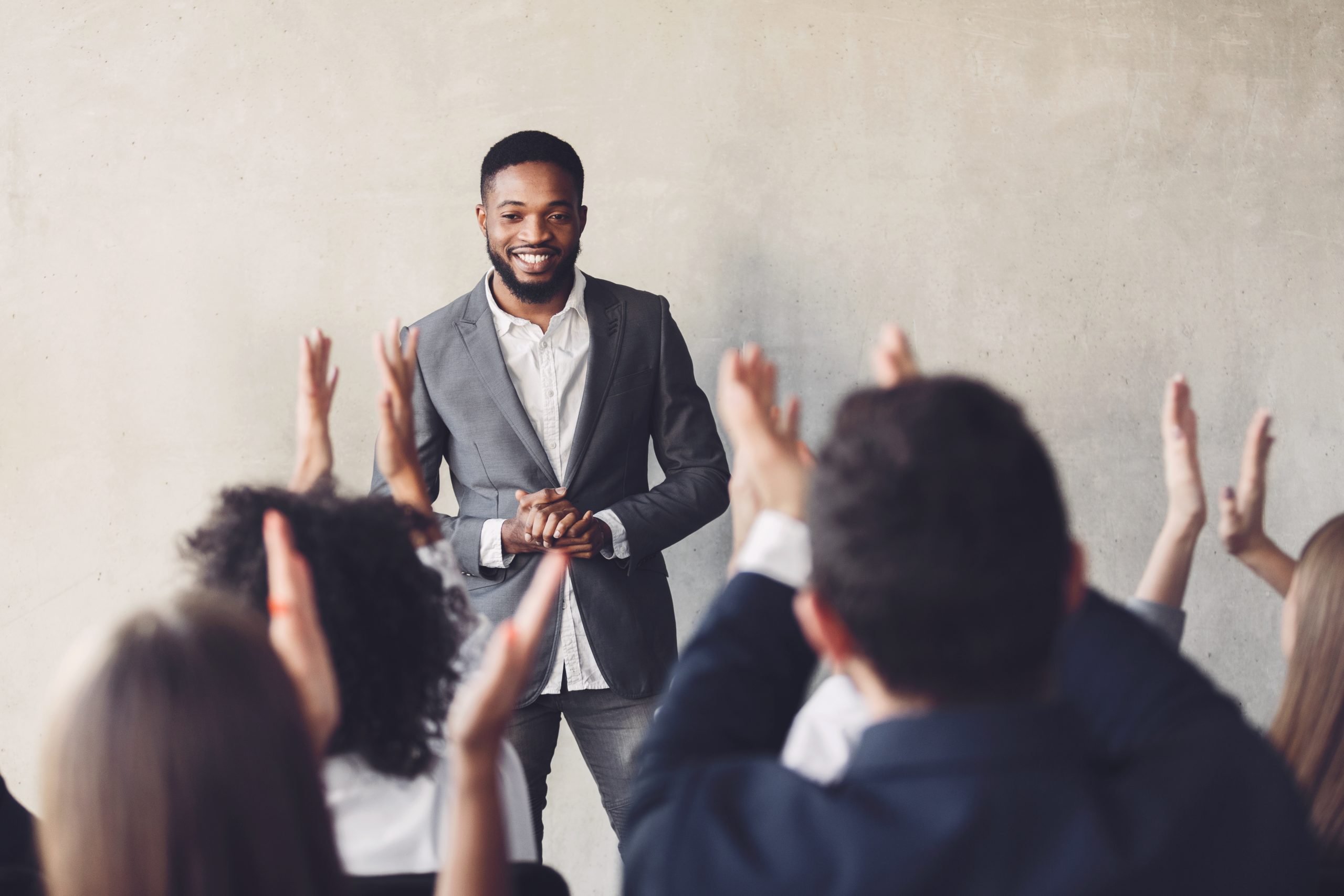 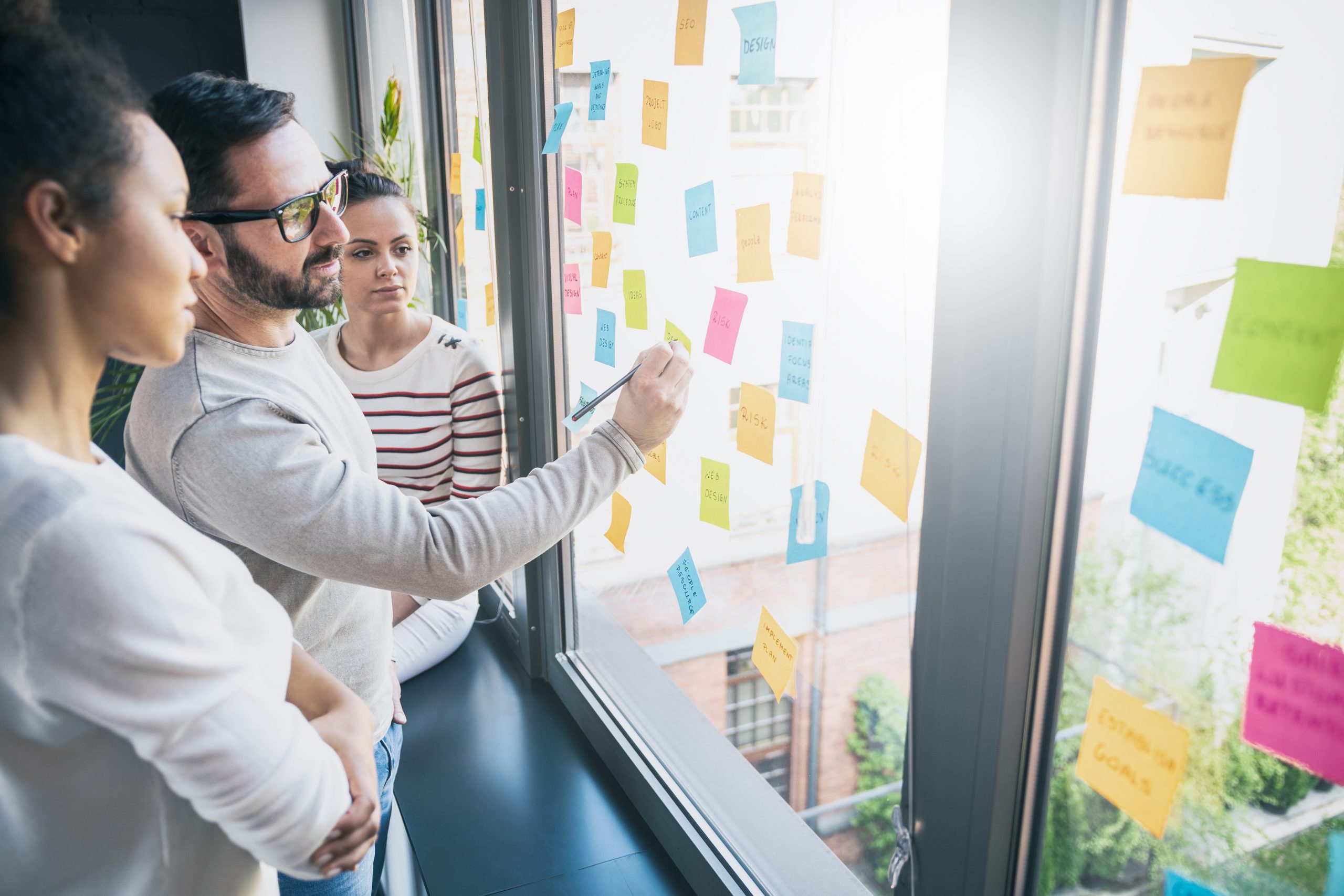